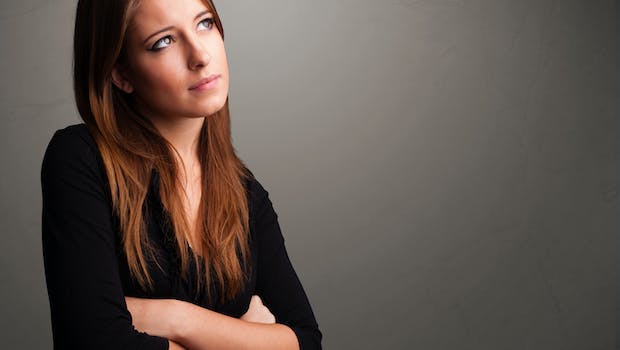 When I first began Internet dating, I was a marketing director for one of Milwaukee’s largest construction firms, I went to school full-time, and I was working on publishing a book of poetry. And yet, I wondered, why hadn’t I met the right person yet? It never dawned on me that my crazy, frenetic schedule could possibly be the reason.

I approached Internet dating like another work project. Soon I was emailing and meeting new guys on a very frequent basis. Of course, I always met them somewhere convenient and quick, a coffee shop as my favorite place. I could pop in, chat for an hour (which was always my personal rule) and then be on my way. It was merely another meeting I mentally checked off my ever-growing list of to-do’s.

And sure, the occasional guy would gripe because I’d have to reschedule our dates… and reschedule… and then sometimes, cancel. But hey, I figured, if he can’t understand that I’m a busy girl with a life of my own then he wasn’t worth his salt. Right?

It wasn’t until I had met one man via email, who was slightly older than me, with kids and a business he started up and had recently expanded. He sounded smart and interesting and I was intrigued by his emails. Finally the day came when we agreed to meet. I scheduled the date on my calendar for the next week, but as the date approached I realized there was no way I’d be able to make the time and called him to cancel. He was gracious and we continued to talk on the phone, each time I was anxious to get him off the line because I figured I’d have time to get to know him once we met. We scheduled another date and I had to cancel that was as well and a last minute proposal had popped up at my desk courtesy of my unable-to-please boss.

I’m ashamed to say I rescheduled our date three more times. Then finally, finally a couple weeks later I met him right before Christmas. I had taken the day off work but was going in to ‘catch up’ on last minute paperwork. I agreed to meet him for a quick cup of coffee on my way in.

He was handsome and funny and I liked him immediately. Then he said something that made me stop in my tracks, the needle loudly screeching off the soundtrack of my busy life.

I once did a book signing at Barnes and Noble and was greeted by this opening from a fiftiesh redheaded woman. “What is up with all the men who lie online?”. There was some laughter, and some clapping as well. I wasn’t at all surprised by the question, because if I were to talk in a room of twenty five men, they’d undoubtedly ask the same question about women.

My pat answer in these situations is to attempt to empathize with the liars without condoning their behavior. Let’s think: Why do people lie? 1) Because they’re insecure and 2) Because they know that if they tell the truth, they won’t even get the date. Pretty straightforward, right? Not for the women in this audience. In fact, not only did they bristle at comparing male lies (bad) to female lies (not so bad), but they insisted that it’s uncivilized for a man to ask for a woman’s true age.

Listen. I can’t stop the lies, but I do hope to stop the hypocrisy. Liars condemning liars and especially when they bitch to me at cocktail parties and is particularly exhausting.

So let’s throw out a few common issues and attempt to understand why the liar lies.

If you’re a 175 lb woman, you may call yourself ‘firm and toned’. Yes, ‘a few extra pounds’ or even ‘large’ would be a bit more accurate, but you stick with your description because most guys won’t respond to the truth. When you meet, you try to ignore that disappointed look he gives you, because you’re at least getting your fair shot, right?

And who can blame a young-at-heart 61 year old man or a youthful 44 year old woman for tweaking the truth a tad? They know that due to circumstances beyond their control, they’re off a lot of people’s radars. So they fib a little and or a lot – to remain visible to other online daters out there. I’m not saying it’s right. I’m just saying that it happens.

My point is not that we should embrace the liars in some sort of group hug, or thank them for keeping us on our toes. Rather, we should attempt to understand and accept the fact that this behavior is going to happen and as sure as Ozzy’s gonna curse, or J.Lo’s gonna get divorced. Getting angry solves nothing and all it does is make you sound bitter and irrational, two traits that have never gotten anyone anywhere.

But since we can’t stop liars, here are a few precautions you can take in attempts to avoid them:

1) Ask for more pictures. I don’t know how many times I have to see head shots that look like Natalie Portman, only to discover that she’s Natalie Portly in real life, but I’ve learned my lesson. If I can send extra photos of me taken within the last year, then there’s no excuse for someone else not to have them as well.

2) Consider the quality of the photos. Film and clothing looks different than it did ten years ago. Different hairstyles, different fashions, different color palette. If a picture looks dated, the person may very well be hiding something.

3) Consider the composition of the photos. Really close up picture and no other supporting photos? Someone’s not happy with his/her body. Only see someone from the chest up? Same thing. Wearing all black, buried behind friends, or obstructed by a large fern? That person is hiding, with good reason.

4) Think logically. You never want to stress the physical, either on your profile or on the phone, but if something doesn’t add up, make a note of it. A guy who calls himself ‘ripped’ but doesn’t do anything athletic is not telling you the truth. Same with the woman who claims she’s 39 but has two grandkids.

I will go on record and say that it’s okay for someone to lie about his/her age ONLY if the person acknowledges the truth later in the profile. Lying to make yourself appear in people’s arbitrarily narrow search criteria is a far cry from lying with intent to deceive.

Getting mad at liars is also d’classe. I’ve talked with a couple of guys who were so angry at being lied to that they acted embarrassingly. One told off a woman who shaved three years off her age. The other turned around and LEFT the woman who didn’t live up to her picture. To me, this is two wrongs failing to make a right. The liar screwed up, and will pay because she won’t get a second date, but that’s no reason to scar her for life.

If someone deceives you with a photo, be a class act by not only being gracious, but by not lying yourself. By telling the truth, you’ve done all that anybody can possibly do to clean up the whole online dating scene.