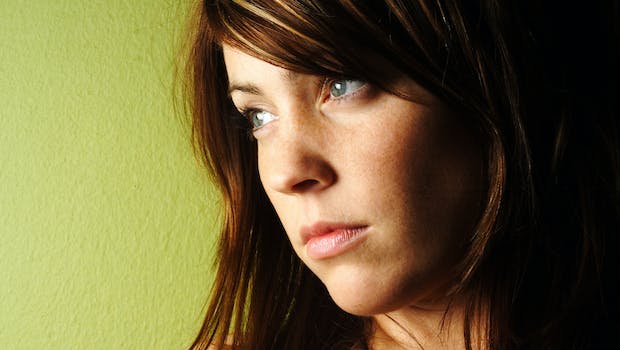 Why You’re Still Single – Get Over It

Everything I’ve learned about conflict resolution, I learned from Kenny Rogers. I remember one night back in 1977: I was lost, hitting the bottle, causing problems at home. Of course, I was five years old, so you could say that I didn’t know better, but Kenny wouldn’t let me off the hook. At that point, he was known mostly for his 1974 hit, Lucille. But as the beer flowed and the clock ticked, and I talked about how I’d been fighting with my old lady, Kenny laid it all out for me as plain as the Texas summer sky.

Translation: If you’re on the losing end of an argument, you better learn to shut the hell up and apologize.

A girlfriend of mine was really stressing about what kind of dress to wear to a friend’s wedding. It was on a Sunday afternoon in August, so black was out, red was too showy, and white was an obvious no-no. She ended up choosing a hot-looking lavender silk number, which made us both very happy . . . until we walked in and saw that she was dressed like all the bridesmaids.

That wasn’t the real problem. The real problem was that I laughed. Mostly because it was funny. Maybe a part of me thought that we could joke our way past this minor inconvenience, especially since there was nothing we could do about it. Uh uh. Not only was my girlfriend traumatized by the wardrobe similarity, but my jocular manner dug me a hole the size of the Grand Canyon. After a couple of minutes of trying to get her to see the lighter side of the situation, I realized that the only thing I could do was apologize profusely and empathize with her plight. A few days and a whole lot of tears later, we made up. Yet if had I remembered Kenny’s advice from the get-go, I could have saved us both a whole lot of trouble.

Translation: If you can’t agree to disagree, you’re in for some very long nights staring at the ceiling or sleeping on the couch.

Explanation: Agreeing to disagree is the single most important part of Getting Over It, because there’s no arbitrator that’s going to step in and award you points just because you’re 65 percent right and he’s 35 percent right. Even if there were, even if you tallied up all the argument points that you’ve ever won over your hapless, ill-informed boyfriend, what would you possibly do with them? Nothing. “Winning” arguments takes as much time as winning 3,000 Skee-Ball tickets — and has about the equivalent value. So unless a handful of spider rings and Superballs are important to you, it’s generally best to just leave it alone.

“You never count your money when you’re sittin’ at the table/There’ll be enough for countin’ when the dealin’s done.”

Translation: Congratulations, you won the fight. Now be a gracious winner and never bring up the topic again.

Explanation: Sometimes things are clear-cut. He started a fight with a guy at the movies. He got drunk and made a fool out of himself at a dinner party. He forgot that you had plans for dinner and left you waiting for two hours. In such instances, he has no justifiable excuse. This doesn’t mean he won’t try to invent one, and it doesn’t mean he can’t cobble together something that sounds semi-reasonable. But whatever his motives, his actions were wrong, and he’s gotta step up and apologize. And you, class act that you are, have to accept his apology and let it go. No allusions to past disagreements. No storing up ammunition for future battles. And certainly no passive-aggressive comments. You’re right, he’s wrong, move on!

A couple I know have their share of marital squabbles. One evening, the day after a touchy argument that they had agreed was patched up, the husband came home with two bouquets of flowers. Despite the “peace” that they had made and the floral gesture, the wife remained as pissy and stone-faced as if he had just skinned her cat. Not good. After you make up, you have to let things go, especially in front of other people. I know another couple in which the wife constantly berated her husband for his career choice (writer), although she married him knowing full well his chosen vocation. Not only did her negative jibes surely affect his confidence, but it made everyone around them terribly uncomfortable. Of course, the word “sorry” does not heal all, nor does a couple of bouquets of flowers, but what more can you possibly do once everything has been said? What value is there in hashing out the same issue over and over again?

It’s one thing to be all about sharing feelings, and another thing to always beat a dead horse into some ugly, sticky glue. I would never compare your precious relationship with horse-based glue, but Kenny would, and since he’s been happily married since 1997, I think you should listen to him.

Linda
There’s such a thing as a healthy grudge. I bear healthy grudges against: (1) my bank; (2) the Columbia House Music Club; (3) a guy who once told me a truckload of lies, causing havoc that took years to untangle; (4) a vet who didn’t properly care for a cat of ours and later sniped that it was because he was too busy to give us all the relevant information; (5) one of my college professors; (6) Justice Scalia; and (7) a kid who regularly plagiarizes my writing on the internet. I dislike all of these people and entities based on their past (and, in some cases, ongoing) misdeeds, and I do not deny it. I won’t be getting over it, I won’t cotton to any platitudes about bygones, and if I see any of them walking down the street, I will flash them a dirty look like you would not believe. Not that you can really see the Columbia House Music Club walking down the street, but you get the idea. I learned a long time ago that the ability to live peacefully in a universe in which you have enemies will save you years of misery.

But grudges against people you’re supposed to love, or like, or be related to? Those are not so healthy. The great thing about being angry at that college professor is that I never have to see him again. In fact, I don’t feel the need to achieve resolution of my feelings in any of those cases, and I don’t feel the need to be forgiving. Why would I forgive the vet? He never apologized. The hell with him! My cat died! Bad vet!

But when you feel like you’ve been wronged by somebody you care about, it’s sort of like singing “Row, Row, Row Your Boat,” in that everybody knows how to keep it going, and nobody knows the graceful way to end it. And if you don’t end it, you will wind up having the same relationship with your boyfriend that I have with my bank, and believe me, you do not want that to happen.

Of course, the way you put away your anger depends partly on what you have to work with. If you get lucky, you’ll have an honest conversation about it. You’ll work out whatever caused the fight, and you’ll feel comfortable that the problem is solved. The biggest hazard is probably “winning” the argument — which you will do from time to time, in the sense of extracting a flat-out, unqualified apology — and then feeling the need to go back and “teasingly” bring it up over and over again, which you should not do. Unless you enjoy being reminded of everything you’ve ever done wrong, shut up and forget it.

Things are naturally more difficult when you expend a lot of effort, and when it’s over, you still don’t feel like you’ve solved anything. You’ve been offered a dubious explanation, or you still think he was wrong and he still thinks you were wrong, and no amount of discourse has changed anyone’s mind. What to do?

Sometimes the smartest thing is to ask yourself this: What is the worst thing that will happen if I resolve to never think about this again? Women — especially women who have never had close, platonic male friends — wildly underestimate the prominence of “Oh, my God, would you fucking drop it” in the list of male complaints about women. If I were to pick out one area in which men have us at a disadvantage, it would be that of not thinking and talking the life out of everything that happens until everyone involved is a dried-out husk. I once got into a fairly heated email exchange with a male friend who worked in my office, and it went on all morning, and then at about 11:00, he sent me one that said, “We have to be friends again by 11:30, because remember, that’s when we have to leave for lunch.” And we were. Ding! Fight over. Because it didn’t really matter, and when it doesn’t really matter, you can just declare it over. And it is. You can even shout “Ding!” if you want, but make sure the guy knows what you’re talking about, or you’ll get funny looks.