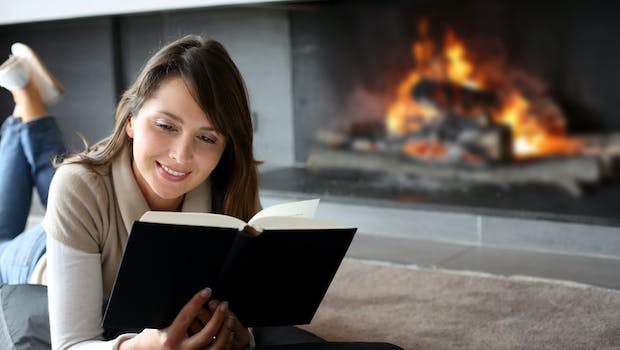 The reasons that Internet dating skews older than Internet gaming are clear. Single thirty somethings tend to be busier and more financially secure, which means that work is important, but so is love, which is why paying for the service is not an issue. Plus, people in their late thirties are feeling the pressure to get married and have children. The expansion of the middle-aged sector shouldn’t come as much of a surprise either. There are over twenty million divorcees out there, and I have to guess that the bar scene is far less appealing when you find yourself partying it up with your kids’ friends.

This Is As Good As It Gets?
As ubiquitous as the Internet has become, online dating is still a daring step for generations of people who are accustomed to the more traditional ways of meeting. But the fact that other means of meeting are more established doesn’t make them inherently superior. Think about it. Where do people normally meet their mates?

Bars? Yeah, you definitely have a better chance of meeting “the one” if you’re drunk. And everyone knows that the highest quality people hang out regularly at bars. (Not to take anything away from the casinos and brothels of our great nation.)

Parties? Like bars except with free booze and onion dip. But unless you’re extremely attractive, bold, or smooth, picking someone up in a few hours at a party is not always the easiest thing to do. Being able to ask, “How do you know the host?” gives parties a slight edge over bars.

Work? Fact: breaking up with a coworker will ruin any of the minimal enjoyment you may have previously had on the job. In a poll that I just fabricated in my head, 86 percent of the population would rather be unemployed than work in the same office as an ex. That’s some convincing evidence against interoffice dating right there.

Church? You think you need to be smooth in a bar? Try getting someone’s digits in the House of God, especially if Morn and Dad are sitting right next to your intended future spouse. Ask yourself: what would Jesus do? I’m guessing he’d hit the Internet as well.

Arranged marriage? A bit antiquated, perhaps, but removing the element of choice definitely makes dating a whole lot easier. Big plus. Let’s keep this as a “consider.”

Blind dates? I’ll pick out my own losers, thank you.

Amazing, this democratic process of ours.
All jokes aside, dating online is far easier and cheaper than all of the above options. Easy and cheap are not two words you want to use to describe yourself, but they’re perfect for our online dating purposes. For the same fifty dollars you might blow drinking at a local bar on a Saturday night while approaching absolutely no one, you could have six months of limitless emailing on AmericanSingles.com. Plus, the approach is easier (you don’t have to have a suave pick-up line), the rejection is easier (the old drink-in-the-face thing just doesn’t work over the computer), and the success rate is higher (because everyone on these sites is single, as opposed to many bar patrons who are just out to have fun with their friends).

However, the main advantage of Internet dating is this: you’re getting to know your future spouse/boyfriend/booty call before you meet him/her. This is significant and it’s worthy of further exploration.
We all know the importance of physical attraction in a relationship. I’ve had three friends whose serious live-in relationships fell apart due to lack of mutual sexual interest. So I’m not denying that the intangible spark that we all call “chemistry” is an essential component to a budding relationship. I am saying, however, that the way you meet someone can dictate the course of your entire initial conversation, your future interactions, and therefore, the rest of your life.

I have this theory about why it’s so incredibly difficult to meet people at bars and parties. It works something like this:

It’s Saturday night. Boys’ night out. Girls’ night out. Everyone has a dual purpose-(a) hang out with friends and (b) meet someone of the opposite sex. If you’re a guy, most of the time you go home empty-handed. Maybe you talked to someone, maybe not, but probably most of your night was spent talking to your buddies about how hot and inaccessible all the women looked and how incredible it would be if you had the courage to approach a single one of them. If you’re a woman, you’ve probably spent the night fending off the advances of the world’s six slimiest guys, who are so immune to rejection that, after one from you, they immediately went five feet down the bar to hit on the next most attractive woman they could find. Yep, it’s a meat market out there, yet few people are doing any quality meeting. Here’s where my theory kicks in.

Traditionally, it’s a man’s duty to approach a woman at a bar or party. He can do this in a number of ways. Pick-up lines are usually a good start. One can always try these surefire winners:

“I know milk does a body good, but baby, how much have you been drinking?”

“Do you believe in love at first sight, or should I walk by again?”

“Can I have a picture of you, so I can show Santa what I want for Christmas? “

But even if you’re as charming and sincere as the above lines would indicate, as a man, you’re starting from a tough position. Even if you say something simple and straightforward like, “Hi, I’m Evan,” just by approaching a woman, you are making one thing very clear: You want to get in her pants. She knows it. You know it. No matter how you couch it, this fact is what brought you over to her to begin with.

Now if you want to extrapolate things even further, you might even say that the second you approach a woman, she could very well be considering whether you are going to be the father of her children. Don’t laugh. It’s true. And that’s a lot of pressure for a guy. Especially if you believe the fabled factoid that a woman makes up her mind within five seconds if she’d want to sleep with you. In truth, a guy has no say in the matter. But that doesn’t stop him from trying. As a result, thousands of uncomfortable conversations take place each day in drinking establishments across America, much to the chagrin of all parties involved, except for the bartenders, who happily drown everyone’s sorrows in expensive top-shelf liquor.

Of course, none of this man/woman/sex/marriage subtext can be discussed. Instead we are forced to dance this odd mating dance that has taken place for thousands of years, or at least since the advent of the bar scene. How subtle can you be in making small talk with a total stranger? For most people, the answer is “not very.”

Which is why picking up someone at a bar or party is not based on anything more than a first impression. Which is why real world dating sucks and online dating rules. Which is why you’re reading this book to begin with. But you knew that.

Contrast the “pick up” with the slower, more personal method of online dating and you too could end up like my friend Teresa (a new Internet dating convert), who recently said to me on the phone: “In the past I would get into a relationship and then get to know the person I was dating. Now I get to know the person before I start dating them.” Trite, but true. How often have you met somebody at a bar, gotten a phone number and a kiss, and then started learning about each other during the ensuing first date? How many times have you dived into a relationship because someone was attractive without even considering whether the two of you were compatible? To put it more bluntly, who among us has not had sex with someone without even knowing the color of his eyes? Or whether she has siblings? Or grown children? Or how long he’s been out on parole?

Don’t be embarrassed. It’s called human nature. But just because it’s normal to want to jump into the sack with a cute stranger, logic dictates that such behavior doesn’t always build the most solid foundation for a long-term relationship. And that’s what we’re all after, isn’t it? Well, isn’t it?