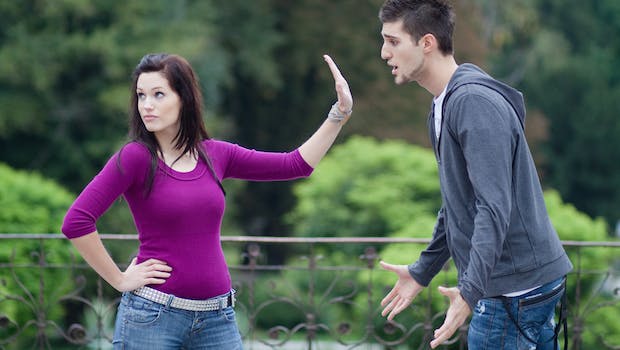 5 Mistakes Men Make That Can Ruin a Relationship

The majority of men in this world are kind, wonderful people with huge hearts so this article is in no way dissing them. It is about the 5% who don’t fall into that category. Although in that 5% there is probably a lot of good people, just not good boyfriend material or possibly they haven’t found the one yet who they would fall over backwards to do everything for. In this article I’m going to write about five ways in which this 5% can ruin a relationship.

The thing about when a person cheats is that they more than likely aren’t that in love with the person they are with. When a guy is in love with someone he simply won’t cheat on them because everyone pales in comparison. That isn’t to say he doesn’t look and can’t see that someone is good-looking. I think we would all be lying if we said when we were in a relationship we didn’t but the difference is when you are in love you don’t act on it. So when a guy cheats it shows that he isn’t that in love with his partner and it creates a lack of trust that a lot of couples can’t come back from.

Been rude is not a cool look. But there is guys who sadly think it is. Some even think it’s cool and “how a man should act” and all that rubbish. He doesn’t have to be running with flowers every five minutes but it doesn’t take a lot just to be nice. In a way I understand why a lot of guys sometimes act like this if they aren’t a jerk deep down. A lot of people do like the whole bad boy persona but I think where the communication gets blurred there is that they want a bad boy with a good heart who will treat them well and there’s a massive difference between the bad boy with a good heart and someone who is rude to you and puts you down all the time. I think kindness can sometimes be seen as a weakness when in fact it’s a strength and most of the best relationships are where both people treat each other well.

As this article is about guys I’m writing this part about a guy hitting their partner but this section, like every section in it, could be applied to things a woman does to ruin a relationship too so I’m in no way saying that only guys hit their partners. I’m including this because it’s the ugliest thing someone can do and would definitely stop a relationship from progressing and definitely should stop it. Don’t allow anyone no matter how much you love them to talk you around if they physically hurt you.

Put Everyone Else In Front of You

When you are in a long term relationship, you are a team. They aren’t supposed to be putting their family, friends, everyone in front of you and taking their advice all the time over yours. On your side you probably shouldn’t put them in a situation where they have to choose but if it does come to something like their mother doesn’t like you and wants him to break up with you, if they love you they should put you and your relationship first.

I think we all know when we are the consolation prize. They may have been in love with someone else and it fell through or they didn’t feel the same way about them so they settled for you and that’s never a good basis for a relationship. I think we all search for the fairytale, whatever that fairytale means to us, and a lot of people end up settling for someone so as not to be alone which in itself is kind of understandable but it isn’t good when on one side a person feels like their life with someone is their fairytale while on the other someone sees it as the best they could have done after the person they loved walked away and a situation like that in the long run always ends in unhappiness.