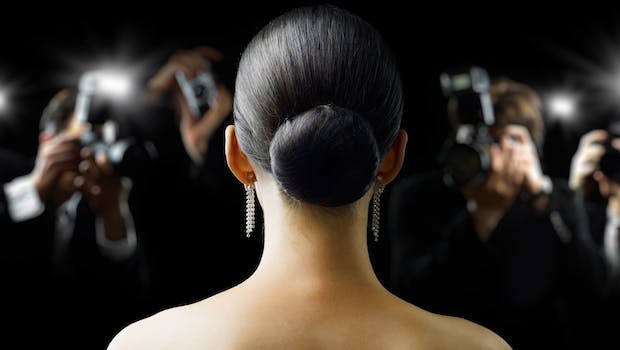 5 Things Celebrities Can Teach Us About Relationships

The news of “confirmed bachelor” George Clooney spread as quickly as a grease fire in a kitchen; shocking the nation, and giving women worldwide a ray of hope.

Which goes to prove that commitment phobia can indeed be cured.

For all their glitz, glamour, money, and glory, when it comes to dating and mating, there’s one thing that can’t be denied: stars are just like the rest of us.

That’s right. These folks that we often idolize and aspire to be like, struggle with some of the same issues and challenges as us “mere mortals.”

Things like insecurities, baby mama drama, fears, confusion, and infidelity– to name a few.  Proving that love is the ultimate equalizer.

The personal affairs of celebrities are scrutinized, criticized and played out on a national stage, for public viewing.

As such, here are a few lessons we can learn from their very visible “roles” and romances.

Get your pencils ready.

1.  Infidelity isn’t always about the “other woman” being prettier or bringing more to the table.  Unfortunately, guys don’t always “trade up.”

Consider beautiful, talented, accomplished leading ladies in Hollywood and public figures who have been reportedly cheated on: Halle Berry, Sandra Bullock, Jennifer Anniston, Maria Shriver. What can we learn here? Infidelity is more about the other person’s issues than the person being cheated on. Don’t be bitter, be better.

2.    Money can’t always buy happiness.  Statistics show that one of the leading causes of divorce in America is money.  Yet, in Hollywood, where famous folks have more cash than most of us will ever see in a lifetime, there is still “trouble in paradise.” We read weekly headlines about abuse, power struggles, addictive behavior, anger management, and infidelity. It only goes to show that  affluence doesn’t always influence happiness.

3. Age difference doesn’t have to be a “deal breaker.”  Look at Jennifer Lopez and her choreographer cutie, Casper. There’s about a 20-year age spread for this couple, but they appear to be getting along fabulously. In fact, it’s rare to see JLO without a smile on her face these days. You go girl!

4. Confirmed bachelors can have a change of heart.

Sometimes it takes the right woman. Other times, timing can be a big factor. Never say never.

5.  “If at first you don’t succeed, try again.” Though few of us would want to experience the rotation of partners and brief encounters we’ve witnessed with some stars, there is something to be said for their emotional resilience and their belief that they can write a “happy ending” to their personal love stories, by remaining open to love.  For example, celebrities like Steve Harvey, Jennifer Lopez, Elizabeth Burton, and Demi Moore have walked down the aisle more than a time or two. Their assumed philosophy? Eventually, it’s bound to stick.

There you have it.

Stars entertain us. Sometimes they can educate us. These five lessons serve specifically for this purpose. We should all heed them.