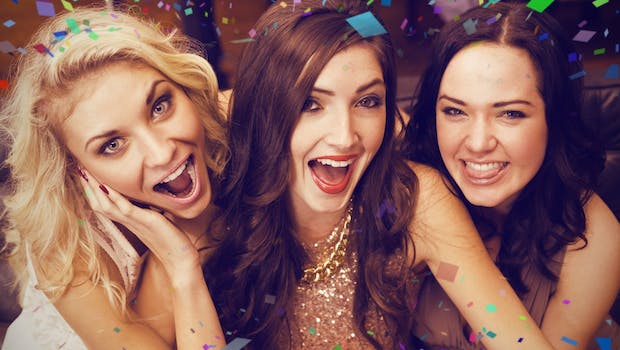 5 Things for a Wingwoman to Remember

Being the wingwoman is an important job! You have to ensure that you are building up confidence and picking up the pieces all in one go. But that’s what a friend is for and hopefully they would do the same if and when the shoe is on the other foot. I’ve put together tips but I think any wingwoman worth her salt knows there’s a zillion more. In a way I think any wingwoman knows that we are always learning on the job – and not even been paid!

Your friend is going to meet some terrible people along the way. Unfortunately that’s life. But while you can’t do anything about that you will need to be there to crack open the Ben & Jerry’s after and just be there for them. Ensure that they know that they did nothing wrong and that they’ll meet someone better suited to them in the future. Obviously if they have said a lot of cruel things in the break-up you will probably have to go through some of these in detail or simply listen. Because they’ve been hurt they will need to get that out of their system. Oh and definitely be negative about the ex!

Ensure They Are Safe

I remember once hearing a group of friends talking and hearing one girl talking about going home with a guy that was a bit creepy the night before. Thankfully she was alright but she struggled a bit to get out of his house the next day. My instant reaction was why didn’t one of them go with her if he was a bit creepy if they were supposed to be her friends? I suppose it might be a bit difficult because it’s hard to let yourself into a guy’s house if you haven’t been invited but I think personally if I thought my mate was going home with a creep I’d try my hardest even if they thought I was mad to get in and sleep on the sofa! In failing that I’d make sure to be on the phone to them to see if they were alright. Obviously the fear is that you might think you’ll come across over-protective but I think in the long run a friend will know you are doing it for their safety. And it’s far better than the alternative of what could happen to your friend and what sadly so often does.

Having Essentials On Stand-By

That’s the heavy bit done in the previous part. Now onto the fun stuff! Any wingwoman knows that you will need your supply of make-up, hair brushes, combs, etc … on stand-by. That way if either of you sees someone you like you can both share with each other the items the other might have forgotten in order to look a knockout and impress that special someone.

I’m not saying you need to be Oscar-worthy or anything of the like. I can’t act for buttons but over time you will learn to act out that you’re interested when you’re not particularly. The thing about people when they like somebody (And none of us can diss anyone because we have all been there!) is that they talk about them so much. And you aren’t going to be terribly interested in everything they say all the time but for the most part you just need to smile and interject with words like “Really?”, “Oh cool.”, “Yeah, so romantic” and you should be fine. They are so interested in talking about the person they won’t even notice.

Be Available To Talk

If you’re working or whatever at the time that’s different. But if it’s something that you’re doing that can wait always put your friend first if they having a major issue that they need to speak to you about. If they are doing it constantly and you can’t get anything done or they wouldn’t do the same for you in return you may need to rethink that but if you have a good friendship be there for them, look out for them and you can’t really do any more than that as a good wingwoman or friend.