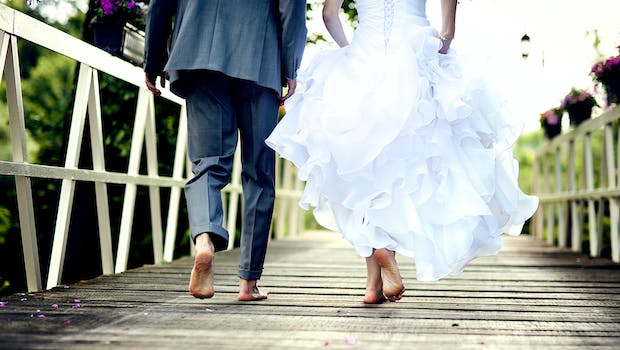 There’s great truth to the expression, “Love is blind.”

It also accounts for why about 50% of marriages in the U.S. end in divorce.

Though ignorance may provide bliss in many areas, taking on a partner for life isn’t one of them. What you don’t know can lead to daily drama, stress, poor health, unmet expectations, unhappiness, and eventually… severed ties.

You don’t have to play relationship roulette with your future. It’s possible to write a happy ending to your love story, if you think ahead before you wed.

This article is intended for this purpose.

Many of these observations and recommendations are based upon good ole’ common sense, experience and logic. Others are courtesy of the hit reality show, Bridezilla.

Here are a few things you should know to increase your Love I.Q.

6 Principles and Practices to Marrying Smarter:

1. Recognize that marriage won’t fix whatever is broken.

That’s right. I hate to be a “Debbie Downer” here; but it’s true. Anger management issues, immaturity, gambling, selfishness, and shopping addictions won’t be cured just because the relationship is elevated to a marital status. Unfortunately, taking on a mate is much like buying an “as is” purchase. Whatever the condition, it’s yours now. Choose carefully to avoid buyer’s remorse.

Nobody should marry a carbon copy of themselves. It would be boring, and offer little in the way of growth and excitement. Still, there are certain things the two of you should have in common. This would include your goals, your value system, and at least one or two interests or hobbies. Here are some additional areas to consider: How many kids do the two of you want? Big wedding or small? House or apartment? Get the idea here?

3. If you have to check their email, break into their social media accounts, or screen their phone calls, “Houston there’s a problem.”

The success of any long-term, serious relationship is built upon trust. And either you have it or you don’t. Though some folks contend that if there’s nothing to hide, they should be able to have carte blanche excess to their mate’s accounts. Not necessarily–everybody deserves a degree of privacy. Again, trust is a must! That is of course, unless your partner has a history of deception. That’s another article at another time.

4. “Look deep before you leap,” Judge Mablean used to always say on her popular TV courtroom show. And it’s a lesson worth heeding.

Before you “jump the broom” take the time needed to know the other person. Experience a few seasons together. See how he/she behaves in times of stress, during good times and bad, during sickness and health, for optimal results.

Each week on Bridezilla, viewers witness smart folks making some rather ridiculous decisions. Don’t be one of them. Here’s an example. A bride will spend $60,000 on a wedding, even though she holds a job where she’s making $24,000 a year. The couple, as a result, start out their union with the heavy burden of debt riding on their backs. Or living with their in-laws for the first few years. Not cool. Did you know that one of the leading causes of divorce is finances? Remember that a wedding is just one day, while a marriage is intended to be forever. Even though it’s natural for a bride to want to feel like a “princess” on her special day, she shouldn’t spend like “royalty.”

6. Factor religion into the romantic equation.

Having a spiritual foundation can help to weather the storms of life, and give strength and direction during difficult times.

Follow these six cardinal rules of marriage for many years of wedded bliss.