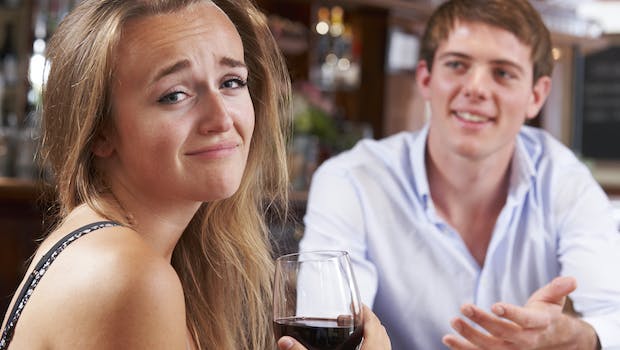 Dating has been a part of the western culture since long. However, the dating of today is significantly different from what it used to be during the 60s, 70s, 80s and even 90s.

The advent of the Internet and with it the emergence of dating websites is largely responsible for this change. While there are lots of things that make modern day dating better and more exciting (online dating is surely one of them), presence of demerits cannot be denied too. Below are some ugly truths about modern dating that will allow you to get acquainted with those demerits.

1. People have almost forgotten to speak to each other

Easy communication is one of the biggest gifts that technology has provided humans with. Today, people in love get to stay in touch with each other even they are miles away. However, this advancement of technology has also killed people’s intent to talk.

Yes, you have read it right; most people today don’t crave to hear the voice of their beloved, a series of text messages do the job for them. What about phone calls? Oh, for most those are things of the past.

2. You are the one, if you are ignorant

You want to win someone’s heart? Today, the easiest way of doing that is by being ignorant. You will appear more attractive to your dating partner, if you care less. These days, almost no one seems to be interested in individuals showing interest.

Decoding reactions are almost impossible as far as people belonging to the present generation are concerned. A person who is not at all impressed with you behaves in the same manner and has a similar look on his/her face as a person who is really interested in you. Most people, today, have forgotten how to express emotions and they think it’s a good quality.

4. Money, money and money and then comes appearance

The above statement is true primarily for men; for women, it will be the other way round (appearance comes first and then money). In short, whether the person you are dating will be interested in you depends on where you are ranked as far as these two factors are concerned. Yes, only these two; everything else comes after these.

5. Things are too organized to be romantic

Today organizing romantic hangouts have become too easy. You make a phone call and service providers will organize a candle light dinner for you. This has significantly faded the charm one used to associate with such plans earlier.

There’s nothing private about dating today. You have dated a person in the afternoon and by evening you will see photos of the two of you clicked together on the other person’s social media account followed by a series of comments with creepy phrases. If you are not used to it, you don’t belong to this generation.

7. Saying it’s over is so easy now

Just a text and your partner will know that you are no more interested in him/her. At times the breakup texts contain just a couple or words. Is breaking up a relationship really that easy?

Today, people have surely become more impatient and casual; lack of time is also a major demon. However, it cannot be denied that they still want to love and be loved. So, soon a time may come when dating becomes as romantic and exciting as it used to be in the past.