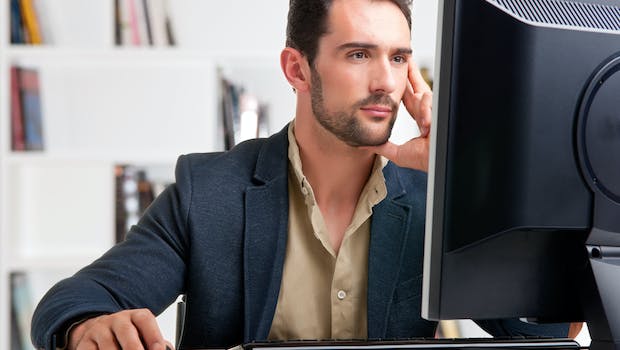 Are You Dating A Boomerang Boyfriend?

Every girl has dated this guy. He’s as common as allergies in the springtime. Ladies, you know the script…

He thought the grass was greener on the other side. Or he “needed his space.” So, without much warning, he does a disappearing act that would make even Houdini proud.

You cry. You question why. Then eventually, with some time and distance between you, you manage to heal your heart and move on.

Much to your surprise, months/years later he returns.  This time with red roses, pleas for forgiveness, and the burning desire to rekindle old flames. Many times, after you’ve become interested in someone new.

The 64,000 question becomes… Should you take him back, or are you in for more headaches and heartaches for the future?

Well, it all depends….

HERE‘S A CHEAT SHEET TO USE AS A GUIDELINE.

Did he break one of the cardinal rules of dating? These would be no-nos like cheating with your best friend or relative, or physical violence, or violating your trust. If so, “do not pass go.”

Has there been enough time for him to have matured and come to terms with what happened? Does he really recognize the err of his ways? Or is he perhaps just longing for something familiar?

Why does he want the relationship to be renewed? Is it because the chemistry between the two of you was once hot? Does he need to borrow money or a place to stay? Convenience is never a good reason to reunite. Don’t let his coming back serve as a setback for you.

How did he end things? Was his method cold and callous? Or kind and non-blaming? For instance, guys who take the coward’s route by ending all phone contact all of a sudden, or sending you a text message to ends things are rarely worth hooking up with again.

Were there more good things about him that bad? Make a pros and cons list then consult it wisely and objectively. Most importantly, heed the sage advice of Maya Angelou: “When people show you who they are, believe them.”

Equally as important as the surrounding circumstances of your breakup is the timing. Did he bail out right before Christmas? After you became sick or down on your luck?  People who are “fair-weathered friends” can  rarely be counted on during tough times. Consider yourself lucky to have found out, if this is the case. Cut your losses.

Don’t break out the champagne glasses just yet. Consider taking him back on a “probationary period” with “limited access.” For optimal results, trust should be “earned” not assumed.

When you broke up, was there a chorus of people chiming in, “I told you so?” If everyone else thought that he was unworthy of you, there may be a point here. Don‘t dismiss this lightly. Though love can be blind, it should never be clueless too.

Can you afford to gamble your sanity and self-esteem again?

There are clearly times when taking a chance can be a bad gamble. Are you currently in another relationship that has promising potential? In this situation, the “comeback kid” shouldn’t be allowed to come back!

Consider these timely tips to dealing with the Boomerang Boyfriend. Keeping in mind that “Those who fail to learn from the past are destined to repeat it.”