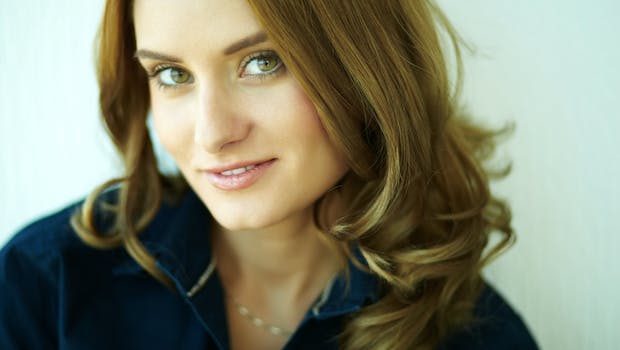 The Art Of Flirting

Flirting is more than just fun it’s fundamental. Our entire survival as a species depends on human connection. If we stopped flirting, falling in love, and reproducing we’d soon disappear. But even though nature has endowed us with all the necessary parts we need to save ourselves from extinction, not everyone knows how to use them to their best advantage. This is particularly true when it comes to flirting.

Charlene, a manager with a large clothing chain, and Kira, a physiotherapist, arrive at the popular nightclub Galapagos early enough to get a table in the middle of the action, with a great view of the bar and the dance floor. Pretty soon the crowds wander in and the place fills up. Both women are fashionably dressed and look like they belong here. As Charlene talks to Kira, she scans the room and fiddles with some loose strands of her hair. Every couple of minutes she wiggles her body and, from time to time, puts her elbows on the table and rests her head on her hands, pouting and making eyes at the male prospects at the bar. Charlene thinks she’s being sexy, but she’s not. She’s doing what a lot of people, both male and female, do when they are out on the prowl: She’s confusing being sexy with being cute. In fact, her actions only make her look insecure and childish, giving off immature energy.
Kira, on the other hand, looks poised and composed. Most of the time she sits quietly, her head lowered ever so slightly, and pays attention to Charlene. Occasionally, as she sips her drink, her eyes will peer over the top of the glass and she’ll slowly take in the room. In fact, if you watch closely, Kira seems to be operating at half the speed of Charlene. She looks confident and secure and is giving off grown-up sexual energy.

Now Kira has spotted Harvey, a guy she recently saw at a party but never properly met. She’d been close enough that evening to overhear him talking about sailing in the Bahamas, and had thought he was attractive and interesting (Kira loves sailing). And now here he is with a couple of other guys, leaning against the bar. Kira keeps him in her peripheral vision and waits for him to turn in her direction.
As soon as he does, Kira counts to three, excuses herself, gets up from the table, and saunters toward the stairs up to the balcony, right past Harvey and his friends, hips subtly swaying, head slightly down. (Why the lowered head? Because we humans seem to be more intrigued by coyness than brashness.) Then Kira’s eyes fix on her target for a quick moment of contact. He sees her. The second she knows Harvey has noticed her, she looks away coyly. But before Harvey has time to react, Kira glances at him again, this time closing her eyes ever so slightly as she offers a hint of a smile. Harvey gets the message.

The promise-withdraw routine is the very heart of flirting. It’s used to create arousal.

What you just observed is what scientists call a promise-withdraw routine on the part of Kira and an arousal response on the part of Harvey. When it comes right down to it, creating excitement is all about tension and release, whether you’re talking about scary movies, roller coasters, or human sexuality. The promise-withdraw routine that Kira used on Harvey is the very heart of flirting. It’s used by both men and women to create arousal, and its dynamic is exactly what it says it is: giving attention, then taking it away, then giving it again tension, release, tension; eye contact, look away, eye contact. One look doesn’t necessarily mean anything, but Kira sauntered in a provocative way, gave Harvey a second look, and smiled with her head slightly lowered to suggest coyness. All this adds up to an unmistakable signal of interest. Men and women all over the world use this basic routine, based on a woman’s saunter or a man’s swagger, accompanied by eye contact and a smile, to signal and arouse interest in another person.

So Kira has tacitly offered an invitation and moments later Harvey responds. He comes up the stairs to the balcony where he can plainly see Kira looking down at the dance floor below. He looks her in the eye, smiles, and introduces himself. “Another drink?” Harvey asks.

“Thanks, but . . .” Kira smiles and replies, “I’m here with a friend and we’re celebrating her promotion, so I really should get back to her.”
“Well,” Harvey replies, “You could invite me to celebrate with you. In fact, I’d be happy to buy some champagne. It’s always nice to have a real excuse to buy bubbly.” He grins.

Although Kira knows that Charlene wouldn’t mind if Harvey joined them, she says, “That’s very generous of you, but we promised ourselves a girls’ night out. You know, catch up on personal stuff.” She inclines her head, looking up at him briefly, then glances away.
Harvey asks, “How about tomorrow then same time, same place, or same time, different place, or . . . ?”

Kira laughs. “Sorry, I’m not free tomorrow. But if you give me your number, I’ll call you after I look at my schedule. I’m sure we can do something at some point.”
The truth is, Kira knows that Charlene wouldn’t care if she spent a bit more time with Harvey. Similarly, she’s not that busy the following night all she has planned is laundry. What Kira is doing is using the universally recognized principle of scarcity as part of her flirting strategy.

The Principle of Scarcity:

How to Make Yourself More Intriguing
As a general rule, human beings want more of what they can’t have, so a simple way to increase your desirability when flirting is to use the principle of scarcity. The idea is to give the impression that you are popular and in demand.
Yes, people (and even companies) use this ploy all the time, but our reaction to it is so instinctual that we never stop falling for it. For instance, everyone knows that it’s notoriously difficult to get reservations at the best restaurants, but that’s not necessarily because all the tables are really booked up. Similarly, fashion designers are very particular about where their lines are marketed, and their high price tags serve to exclude most buyers. When radio, television, and print advertisers bombard us with statements like “While supplies last,” “Limit two per customer,” “Limited edition,” and “Offer good only till Sunday,” they are working the principle of scarcity.
Working the Principle of Scarcity

How will taking advantage of this principle help make someone fall in love with you? By upping your “value” in the early stages of a relationship, making you seem rare, precious, and worth pursuing.