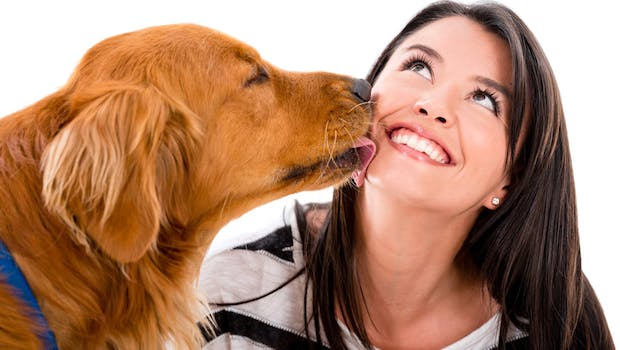 Dreaming in Libro: How A Good Dog Tamed A Bad Woman

Though we were still far from retirement or decrepitude, Libro and I were approaching summer in a city prone to heat waves, where air conditioners kept us alive but sealed in the apartment.

Knowing how Libro suffered on sizzling sidewalks and how long it had been since I’d had a real vacation, I said ‘yes’ when the friend of a friend told me about an unexpectedly available Long Island beach rental for the month of August.

My friend’s friend had fallen in love with a California man and was willing to forgo East Coast sand and surf for love in freezing San Francisco. Dipping into the nest egg, I helped her out.

I lay the nice yellow blanket I had removed from one of the closets on the sand and Libro sat on it. It was still early, but I put up the green and white striped umbrella I’d found in the basement and made sure the little prince was safely in its shade. Then I walked to the water. He got up and followed. We advanced. By the time I was calf deep, Libro had stopped and was looking belligerent. I urged him for-ward. He refused. I sent him back to the blanket. He refused. I sighed and looked to the sky. He would not follow me in; he would not stay onshore. We rarely had power struggles like this one, mostly because he was such a good dog and because I treated him fairly, being agreeable and not arbitrary in exercising control.

I’d become a dog person, at last. But the stalemate with our feet in the water was not easily resolved. I morphed into a dominatrix, demanding that he wait on the blanket, under his umbrella if he wouldn’t paddle beside me in the water. He went back to home base. I swam out alone. But the din on the beach drew me back. Libro was racing up and down, barking. I came out of the water to reassure him that my arms and legs were fluttering, not flailing
I made the motions on land, like a madwoman that though I swam nearly out of his sight, I would return to terra firma and to him: I will never leave you. I will never leave you. Libro didn’t believe me. Rescue was needed. This apparently required racing up and down the beach and howling to gather the troops. If I swam, he howled; if I came out of the water, he lay down on the blanket like a good dog.

It was a very hot day. I got angry. I got comforting. I got threatening. I gave him biscuits and lectures and made a lot of promises. Nothing worked. I went back into the water and he went back to sounding the alarm until, fearful of being evicted by the others enjoying the day on the beach, I took him home. On subsequent days, I tried leaving him in the car with the windows safely lowered while I went for a swim, but he barked there, too demanding, panic-stricken bark while I, the love of his life, entered the water and confronted what he continued to believe was certain death. Eventually, he had to stay behind in the rental house, even on the hottest days, with all the floor fans encircling him, if I wanted a swim. We had reached the first serious rift in our perfect coupling, our first recognition that my pleasures were not always his, nor his mine. The dynamic duo might have, at times, separate roads to bliss.