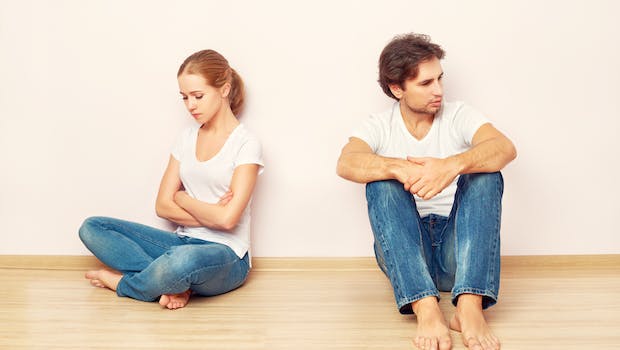 Love is such an incredible thing! It’s the reason why we spend half our lives trying to find the one. But when we do that is only half the story. We are bound to have our problems along the way in any relationship but there is ways to try to resolve these all too common of issues which we face. Remember that at the end of the day you are a partnership and if none of these problems are bigger than what you have together then you really have something special. Fight to hold onto it. Here is four common problems that people face in relationships and how to possibly resolve them.

Communication is probably the most common relationship problem there is. There is so many issues which wouldn’t arise in a relationship where two people are on the same page compared to that of people who aren’t. Communication barriers prevent us from preventing situations from getting bigger and more complex than they really are. If you and your partner find that these barriers exist in your relationship the way to approach this is with an open, honest and non-judgmental heart. Much of the fire which is added to the fuel in these situations comes from a lack of understanding between two people and consequently making judgments of that person without listening to their side of the story. Try to sit down and talk, talk, talk.

Whether it is smaller things such as where to go out, where to eat, etc … or bigger issues like where to live, whether to live together or marry or whether to have kids or not wanting different things is a big relationship problem. And it will occur in one way or another because even though we are one when we are with that special person in our life we are still individuals with our own thought process and plans of how we see our lives turning out. This causes friction because we see them as taking away what we want and if kept in we tend to resent them for this. What you need to do is talk again but you also need to have respect for what they want, e.g. a lot of people who want to marry think that marriage is superior and more proper than living together where to a person who wants to live together they don’t see things like that. In other words, you want different things, not “better” things and that needs to be remembered or otherwise people feel you are dismissing or even oppressing the way they think is right. Compromise is also key here. You need this in any relationship. Just ensure it’s an equal amount of compromising done on each of your parts.

Money is the root of all evil as they say and in relationships it can be a poison that keeps brewing. We live in recessional times and jobs are not available often. People are struggling and it can put a strain on your relationship which is only natural. What you need to do is encourage each other, show each other you believe in each other and that together you can come out the other side because eventually you will. But in the meantime arguing with the person you love most in the world isn’t going to solve anything. If anything it will only make things a million times worse.

These are difficult issues for anyone to know what to do in when they are watching their partner at such despairing ebbs. Life can too much for everyone in different ways and some people cope better than others. What you need to do is be there for them, show them you have faith in them to pull through and don’t say remarks off the top of your head which will make them even more down than they already are.