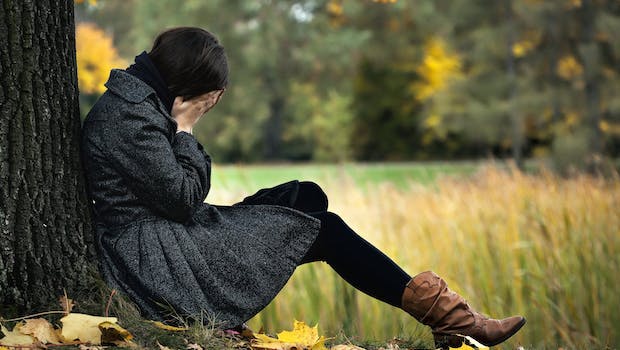 Is There Such A Thing As A Good Fight In Relationships?

Even though arguments are considered good for relationships, is there such as thing as a good fight in a relationship? Yes there is, unbelievably. Fighting helps a relationship to grow as a couple get to know each other better. Since it is something that cannot be avoided, couples need to learn how to fight fairly.

Knowing how to fight fairly is much more important than knowing why a fight broke out in the first place, even though having petty fights are not worth it. Taking time out when one partner feels like they are about to lose it is very important, since not doing so might lead to more serious reactions which could have been avoided.

In addition, it is important to make the other partner feel that they are being heard. Do not have shouting matches, as they never help resolve anything, as tempting as it may always be.

When in a fight with one’s partner, always seek to resolve the fight amicably, rather than fight to win. However, since this is easier said than done, there are a couple of rules, which, if followed, can actually make that fight worth it.

Holding back anger will not work; rather put your anger across to your partner

Anger is a universal feeling, which signifies pain, sorrow, embarrassment and even remorse. It can be caused by an event that happened a long time ago or a current event. However, most people do not know how to deal with anger.

Anger should be seen as a revelation, an emotion that helps one’s partner to come up with solutions to a problem. Therefore, paying attention to anger will help deal with the cause of the argument as well as its solution a little more easily.

Giving a low blow will not make one a hero

Arguments are not avenues to bring up your partner’s weaknesses, secrets or even a past break up. This is a low blow and shows that one is either too insecure in their own skin, therefore, feels the need to attack their partner to  make themselves feel better, or is a coward who has to wait for an argument to end a relationship.

Such cowardly acts done with an intention to cause even more pain to the other partner should be avoided at all costs. Rather than hitting someone below the belt, the partner should calmly air out what hurt him or her. Now this is what makes someone a hero.

Do not forget to express concern, admiration, appreciation, and sympathy

Anyone having a fight with their partner without expressing any of the above is doing nothing right. These are very important emotions, especially for people in relationships, as such expressing these feelings will help ensure that couples always have good fights.

Admiration involves not causing pain to one’s partner because they know that the partner has a right to fair treatment. To sympathize with someone, one has to look at a situation from the other person’s perspective.

Do not yell, scream, and insult

Has anyone ever found himself or herself in a situation where they cannot help but say all the wrong things when angry, yet they know it is wrong, but they are too angry to think? Fighting does that to anyone, especially when fighting unfairly.

It is important to take your time before responding to anger. Do not be too quick to speak as words would be blurted out that can never be taken back, no matter what. Yelling and screaming one’s lungs out and insulting one’s partner only leads to loss of one’s voice, waking up the kids and the probably the rest of neighbourhood.

When fighting with one’s partner, do not try so hard to be the winner, as the partner doing this might just be the one on the wrong. Trying so hard to be right just goes to show ones feelings of inadequacy, the kind of people who never want to be wrong.

What is the use of winning the fight, but losing one’s partner? Is it worth it? One should not be so engrossed on winning the fight that they fail to see how much their partner is affected. It takes a lot of effort to withdraw a little and assess the situation, to see how one may have contributed to the disagreement.

Do not try to give constructive criticism, it will not work!

When fighting, do not criticize the other partner, thinking it is helping them because it is not. Anyone engaged in a fight is normally very angry, and any criticism given at this point is meant to inflict pain. The only thing this achieves is to make one’s partner feel like they have done something unforgivable and unfathomable.

Rather, it is advisable to complain to the other partner by telling them what one would love to see in the future.

After all is said and done, one thing rings true. There is such a thing as fighting fair, which is very important for people in relationships. One has to learn from their mistakes by understanding not only what they might have done to start the fight, but also what they can do to make it better in future. Anyone who is able to master good and fair fighting skills is sure to enjoy a very long and happy relationship.