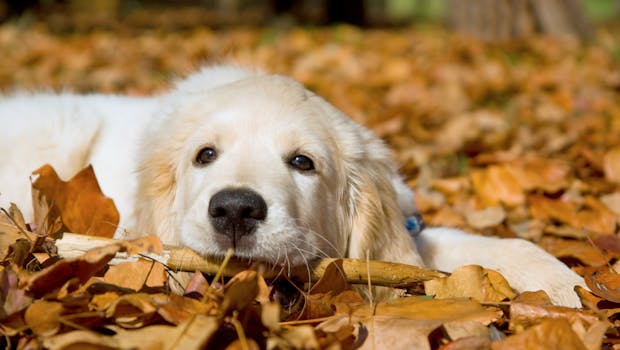 The abuse of animals in general, and dogs in particular, has led lots of owners to the conviction that the only moral option is to save a dog from a pound, where he faces euthanasia. It can be a wonderful experience to rescue a dog (my rescued border collie Orson is lying beneath my desk), but, like dog ownership itself, it’s not for everybody. It can also be a wonderful experience to find a great dog from a good breeder. I have two of those, as well: one herds sheep and runs my farm, and the newest, Clem, suffuses my home and life with sweet companionship. I smile almost every time I look at her. Nobody can dictate what kind of dog you ought to get, certainly not I. You’ve got to take care of it, so find one that you’re likely to love.

But do your homework. Even with forethought, it remains something of a crapshoot. Dogs bought in pet stores likely come from puppy mills high-volume breeding operations where inbreeding creates and perpetuates health and temperament problems. According to studies cited by editor James Serpell and his colleague J. A. Jagoe in The Domestic Dog, dogs obtained from pet stores are much more likely to exhibit social fears and dominance-type aggression than dogs from breeders or shelters. Many rescue and shelter dogs have behavioral problems, through no fault of their own. They’ve been abused, traumatized, or repeatedly re-homed, to the point that, according to the University of Pennsylvania School of Veterinary Medicine, they’re much more likely to have problems like compulsive chewing, aggression, barking, overeating, and what humans call “separation anxiety,” than purebreds from quality breeders.

Responsible rescue groups and shelter workers not only acknowledge this but make sure adopters understand it, so that the dogs don’t bounce back or, worse, suffer mistreatment or injure others. But I’ve encountered some rescue workers suffused with passion for and dedication to needy dogs who are too eager to move violent or troubled dogs into mainstream homes. And even dogs from conscientious breeders are shaped by their mothers and siblings, so that some are damaged, fearful, and cowering, while others learn to feel safe and trusting. Plenty of unscrupulous or greedy breeders mass-produce dogs for cosmetic or commercial reasons, without regard to health or temperament history. Since the dog universe is almost completely unmonitored and unregulated by overwhelmed, underfunded local governments, people who want dogs are truly on their own. That’s why it’s a good idea to ask breeders and rescue groups for references, so you can see how their other dogs have worked out.

It’s dicey to make dog selection a moral or political act. Know that if you choose a rescue dog, he or she may need particular patience and skill. Most dogs can be trained or retrained, even at older ages, but if you’re not willing or able to make the consistent commitment of time and work, a different sort of dog may suit you better. Getting a purebred dog when there are so many needy dogs in shelters is still, to my mind, a perfectly valid option, and sometimes the better one.

* Impulsiveness is your worst enemy when it comes to bringing a dog into your home.

Take your time. Don’t decide on a dog because you saw one you liked on a TV show or walking down the street. Or to surprise your kids, or your empty nesting parents, or because you heard a breed is smart. Border collies are smart, but they do unspeakably stupid things, like trying to herd garbage trucks. A smart dog isn’t necessarily a great pet, anyway. I was neither amused nor philosophical when Orson figured out how to open the refrigerator and remove an entire chicken.

The pups frolicking on lawns in dog-food commercials are beautiful, but odds are you will acquire a real dog. Real puppies have accidents during housebreaking training, mistake carpets for lawns, chew things you treasure. Real dogs roll in deer scat and then hop onto the couch. They need shots and medications; they get sick.

Real dogs may never get much of a chance to bound alongside you through the park. Because so many dogs are so badly trained, they make non dog lovers increasingly uneasy. Cops all over the country write tickets for people who walk dogs unleashed. Dog owners get sued for their pets’ bites, even for menacing behavior. Insurance companies increasingly check to see which breed of dog you have, and cancel policies if they don’t approve. Some animal-rights groups believe dogs should be given greater legal status, almost equal with humans’. Some don’t believe humans should be allowed to “own” a dog at all. But the Rational Theory of Dog Training emphasizes the responsibilities of ownership.

* And these responsibilities can seem unremitting.

Dogs need to go out even when it’s pouring and freezing. They need attention, affection, stimulation, and exercise, even when you’re tired, busy, or not in the mood. Their needs don’t abate when you want a weekend off or if you stay late at the office.

Informed dog lovers expect these problems and navigate them with humor and patience. In return, they get much love, fun, and companionship. There are conflicts and rewards in any relationship, human or canine. I believe in taking a long view when it comes to dogs. You need to see beyond the moment, especially when you are on the floor at three A.M. dabbing at the carpet with Nature ‘s Miracle, trying to remove the odor. The long view only comes with understanding the nature of these animals, and accepting that even with great effort they won’t always mesh with ours.

Just a decade ago, dogs were still “adopted,” not “rescued,” an even more emotionally charged notion. More dog owners than I can count now introduce or describe their dogs with the phrase: “She was probably abused.”When I ask how they know, the evidence is often circumstantial, at best.

Be cautious if the desire to save a dog from abuse is the primary reason you want one. There are lots of ways to express humanity and empathy, for people or animals, but this particular animal is moving into your home. If you misread your own purposes or make erroneous assumptions, both of you will be coping with the aftermath for years.

Steven R. Lindsay, in his seminal two-volume Handbook of Applied Dog Behavior and Training, explores assumptions made about abuse in the acquisition of dogs. Fear of human contact and other avoidance behaviors can sometimes be traced to previous mistreatment, Lindsay acknowledges. But shelter workers are quick to invoke that explanation when they talk to prospective adopters, without knowing whether it’s true. “Undoubtedly, physical and emotional abuse occurs and may be a significant cause of fear,” Lindsay writes. “However, it probably occurs far less often than one might expect from the frequency of such reports.”

Since dogs can’t correct us, or complain about their parents, it’s simple to assume that they’re victims of human cruelty, an idea that also often fits our own emotional needs and histories. But genetics, inbreeding, and conditions in a litter, among other factors, can also profoundly shape a dog. Most of the time, we will never really know a reality that may prove less satisfying than a rescue fantasy. Would you love this dog as much if you knew that she was fearful because she was insufficiently socialized as a puppy?

* Be skeptical of yourself and expect skepticism in the people you’re getting a dog from.

Good breeders and conscientious rescue and shelter workers will be wary of your wish for a dog, even to the point of obnoxiousness. They’ll ask about your schedule, yard, fence, kids, dog-owning experience and they should. In fact, if they don’t, take it as a warning sign that you might be seeking a dog in the wrong place. So many people know so little about dogs when they get one or have such unrealistic expectations that millions of dogs are mistreated, returned, or abandoned each year. The people who distribute them have seen a lot, too much sometimes. You don’t want a dog from someone eager to give or sell you one without asking some tough questions.

People tend to blame dogs when problems arise, but they are almost always our fault. Either we made a dumb choice (bringing a huskie to a condo in Boca Raton), or we don’t really have the time and personality for training a dog, or we took refuge in fantasies. Most likely, you’re getting a dog because you need or want something to love, or another thing to love, or because you’d like to replace things you love that are gone. There’s nothing wrong or troubling about that, but it does a dog no service to repress or deny it by insisting, “I got a dog for the kids” or “I just got it to keep burglars away.”

And does that desire to love outweigh other characteristics? Are you patient? Do you have a high tolerance for noise, disorder, and tumult? Do you prize clean rugs and furniture? Or sleeping late on Sundays? Do you anger easily? Getting a dog is a big, expensive, life-altering decision that affects you for years.

* Dogs are not human, remember. They don’t think in human words or terms.

They can’t tell stories, follow narratives, read our minds (although they do sense our moods). They are not “children with fur,” or children at all. We may love them to death, but that doesn’t mean they’re like us. In fact, most dog owners love them because they’re not like us. To deny them their dogness is a disservice to both species. To forget that they are animals, driven largely by instinctual desires for each other and for food, sex, and attention, is to alter the reality of their natures, and to endanger them.

Your relationship with the dog will likely be affected and shaped by your own family history and emotional past, but the dog’s ability to heal old traumas or fill voids is limited. People will tell you that their dogs understand their innermost thoughts and know their deepest secrets, but don’t dump your emotional baggage on an animal. If you need help with problems, major or minor, get it. If your dog understands you better than your husband or wife, give the dog a bone, then go see a marriage counselor, or at the very least have some discussions with your spouse. Don’t ask your dog to make you happy or treat your depression. Your dog’s thoughts probably center on when you’re going to get off your butt and feed him.

* Dogs are increasingly being seen as sagacious spirits and prescient souls.

The Rational Theory doesn’t buy it. The simpler your relationship with a dog, the better, because dogs are simple. They love rules, routine and clarity, leadership, intriguing smells, other dogs, and, of course, food and the people who provide it. One of the cornerstones of the Rational Theory: Your dog is crazy about you, but he can also learn to love almost anyone else holding a hamburger.

* A bedrock notion of my approach to living with dogs is that we need to be realistic, flexible, and creative, harder on people but easier on dogs.

Expect a lot of yourself in terms of patience, determination, and consistency. As you are, the dog will follow suit. Try not to think in terms of “good” and “bad” dogs. These are human notions that do not apply to animals. There are, instead, dogs that understand how to live in the world and dogs that don’t. Occasionally, dogs are inherently violent, genetically damaged, or mistreated beyond repair. Happily, they’re rare.