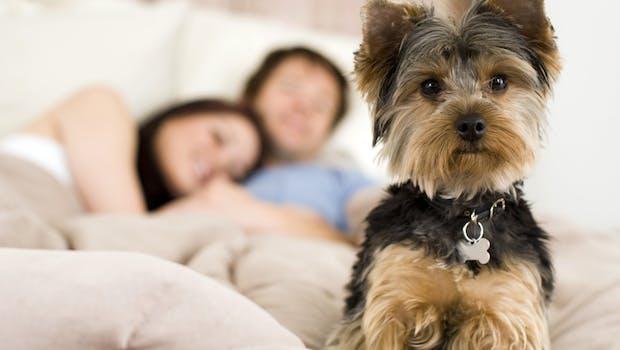 My brother Michael was staying with me until his marriage got back on track.

“Don’t you molly coddle him, Sarah,” my father said. “Just give him three squares a day and make sure he has a starched white shirt to wear to the office.”

“Why does Michael have to stay at your house?” my sister Christine said. “We have plenty of room, and no offense, but it’s so not fair the way you always have to hog him.” 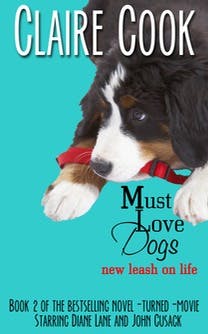 After months, maybe years, of trying to hold his marriage together while he lived at home, Michael hoped that absence would, in fact, make Phoebe’s heart grow fonder. So he moved out and now he drove his daughters, Annie and Lainie, to Irish step dancing on Wednesdays after school and took them out to dinner afterward. They also spent every weekend with him.

“How much longer do you think it will be?” John Anderson finally asked. This seemed a reasonable question from the man who had become my significant other.

“Does until hell freezes over seem too pessimistic?” I answered.

After a bumpy start to our relationship, John and I had shared six months of dating bliss. We were now basically on hold. I wondered sometimes in the middle of the night if we’d accrued enough bliss points to get through this. And did bliss have a shelf life? Would it expire of neglect before we could fan the flames again on a regular basis?

Tonight, my brother Michael and I were kicked back on my couch. A week’s worth of starched white shirts in dry cleaning bags were draped over my treadmill. Two empty Sam Adams beer bottles flanked a half-eaten cheese pizza on the coffee table. I was a good sister.

Over the weekend, Michael and Annie and Lainie and I had pulled down my rickety old attic stairs and gone on a hunt for toys. My nieces weren’t overly impressed with the relics of my childhood and were back downstairs and lost in cell phone games in no time. Apparently my brother felt otherwise, because right now he was playing with my Growing Up Skipper doll.

“She’s two dolls in one, for twice as much fun!” I recited in my peppiest imitation of the 1970s commercial.

Skipper was Barbie’s little sister. Like the Doublemint of our childhood that had been touted as two, two, two mints in one, this version of Skipper really was two dolls in one. When you first saw her, she appeared to be a sweet little blond elementary school student. But if you rotated her left arm back, she actually grew breasts right before your very eyes.

As if Barbie’s impossible body hadn’t screwed me up enough in my formative years. Thanks to Growing Up Skipper, I’d spent at least a year of my prepubescent life circling my left arm backward like a one-armed backstroker while I knelt beside my bed saying my nightly prayers. After asking God to bless Mom and Dad and my three brothers and two sisters and all the starving children in China, I prayed for boobs, bigger than my sister Carol’s, who was two years older and, please God, arriving before my seventeen-months younger sister Christine’s showed up.

“We must, we must, we must increase our bust,” Michael said beside me all these years later as he pumped Growing Up Skipper’s left arm up and down. Her breasts appeared and disappeared in perfect time to his chant.

“Knock it off,” I said. I reached for my old doll.

Michael yanked her away. “Who’s gonna make me?”

“Give her to me,” I yelled as I lunged for Skipper. Old habits die hard and all that, but it was truly amazing the way my brothers and sisters and I could revert to our childhood selves in a nanosecond.

A loud bark made me jump. Mother Teresa, Michael’s humongous St. Bernard, who was also staying with me until Phoebe missed her or until hell froze over, grabbed Growing Up Skipper.

Michael jumped to his feet. “Mother Teresa, drop it.”

Mother Teresa held Skipper’s left arm between her teeth as she shook her head in some ancient prey-killing ritual she hadn’t quite evolved beyond. The doll’s breasts appeared and disappeared with each shake.

I ran to the kitchen and grabbed the doggie treat jar. I held out a bone-shaped biscuit.

I put the first treat on the floor and took a second one from the jar.

She gave Growing Up Skipper another shake.

Mother Teresa placed Growing Up Skipper gently on the floor and collected her three treats.

“That’s debatable,” I said. I picked up my drool-covered doll and started wiping her on my jeans. I reconsidered and grabbed a pizza napkin.

I handed over Growing Up Skipper and the napkin and plopped down on the couch.

Michael finished grooming Growing Up Skipper and was back to rhythmically pumping her left arm.

I knew it was a cry for help. I recognized my sisterly duty. I’d get his mind off Growing up Skipper, then I’d get his mind off Phoebe. I’d help him realize his marriage was over and assist him in navigating his divorce while striving to keep the negative impact on Annie and Lainie to a bare minimum. And then I’d find him a more suitable match. As soon as I got that all squared away, John Anderson and I would ride off into the blissful sunset together.

“I think I’ll pack it in,” Michael said. “Do you want me to take Mother Teresa out one more time, or can you get her before you head off to bed?”

Mother Teresa leaned over and lapped my cheek. I sighed. “I’ll take her.”

He took an unhappy step toward the guestroom.

He turned around. Growing Up Skipper was cradled in his arms.

I held out my hand. “Give me the doll, Michael.”

I sat there for a while, scratching Mother Teresa in her new favorite place, right behind her left ear. Then I got up and tiptoed to my former master bedroom, which I’d turned into an office and where I worked on projects and stored extra things for my classroom.

I rummaged through a pile of scrapbooks on the bottom shelf. I pulled out my wedding album, dusted it off with one hand, held it for a moment. I closed my eyes and tried to picture Kevin, my former husband. All I could conjure was a vague image of a man sitting on a toilet seat, his head hidden behind the newspaper, his pants around his ankles, the bathroom door open. I wondered if Kevin read his morning news on an iPad now.

Finally, I found the notebook I’d kept while I was navigating the dating scene. A page for each of my dates, rated with hand-drawn stars and flags. So many red flags billowed across the tops of the pages that it looked like a sale at a car dealership. George from Hanover, who was looking for a relationship one day a month, no strings, no commitments. Ben, who grew his own alfalfa sprouts. The guy looking for a plus-sized Woman, whom I’d briefly considered partly because I liked the way he capitalized Woman, but mostly because I could eat a lot. Ray Santia, the former almost hockey star I’d almost slept with. Bob Connor, a student’s father I shouldn’t have slept with.

It was a jungle out there. Poor Michael. But if I didn’t get him out of my house and on his merry way, before I knew it I might be back out there myself.

I took a moment to shudder at the thought. Then I found the personal ad my sister Carol had placed for me, taped into the center of a page.

I carried my dating notebook out to the living room, along with my favorite red pencil. I turned to a fresh college-lined page and tapped the eraser against my teeth while I tweaked the ad to suit my brother.

Buff, brilliant, broken but not beyond repair. Handsome soon to be DWM with all his hair seeks special woman who meets his daughters’ high standards. Must love big slobbery dogs.

(Printed with permission from Claire Cook’s latest book ‘Must Love Dogs – New Leash On Life’ – book 2 of the best selling Must Love Dogs series. You can find out more about Claire and her books at www.clairecook.com)