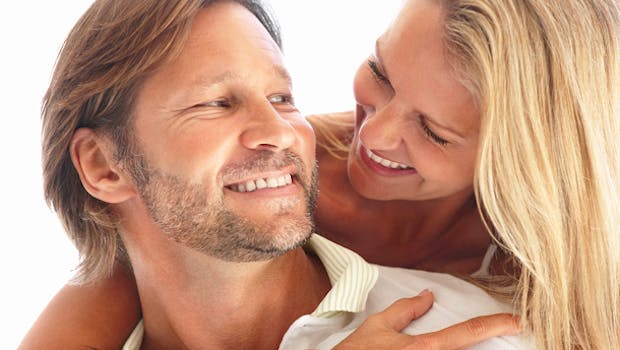 How To Be Safe Dating

However you like to do it, dating is a dangerous game. Not talking to strangers might be sound advice to give to kids but as a strategy to stop being single, it has at least one obvious drawback. Unless you want to marry your cousin, finding someone to settle down with will involve making eye contact with total strangers, engaging them in conversation and meeting them one-on-one.

There are two obvious dangers here. The first is that your new friend might appear to be a complete charmer but could actually be a cold-blooded philanderer with a record of heart-breaking. They’ll think nothing of leading you on, playing games and trampling over your emotions. That’s bad enough and you’ve probable had enough of people like that already.

The second danger is even worse, even if it is a great deal rarer. The attractive stranger that you meet in the bar could actually be an escaped convict from the local sanatorium. Instead of finding someone who makes you feel safe and secure for the rest of your life, you pick someone up who’s going to put your safety at risk and require you to take out a series of court orders and new alarm systems.
Although the chances of meeting someone like this online is extremely small, it is worth making the effort to be cautious. In this chapter, we’re going to talk about how to steer clear of this second group and stay safe online.

When you meet someone in a bar, the initial pick-up is as much a safety check as it is a check-out. If you spot someone attractive sitting alone at the table next to yours, before you even give them a look before you make any kind of contact at all you observe them for a few minutes to see how they behave with the waiters, by themselves or with people who pass by. If they are rude, arrogant or just downright unpleasant, it doesn’t matter how much of a looker they are, you’re still going to look right on by. Only if you’re sure they’re normal, civilized human beings do you try to make eye contact, pluck up the courage to face rejection and make your move.

And once you do make that move, you’re always looking out for little signals that tell you that the person you’re talking to is less than normal. There are all sorts of clues to help you do that: the way someone dresses, the way they talk and their body language to name but a few and you notice all of them without even realizing that you’re looking for them.

A cowboy hat and a Texas drawl for example, tell you instantly where someone is from and where they stand in the country’s cultural divide. Bleached hair and sentences that end with ‘dude’ tell you much the same. Nervous twitches, roaming hands and peculiar scratching all say something about the person you’re sizing up and help you make a decision about whether you should make a date or make an excuse.

Face-to-face, you’ve got a ton of different signals that tell you huge amounts about the person you’re thinking of chatting to.

Online, you’ve got nothing to go on but what the person puts on their profile and writes in their email.

“Unlike real-life relationships where you have some idea of what a person drives, what they really look like, how they live, etc., online you have none of that,” says Lisa Hupman, a veteran cyberdater who set up WildXangel.com, a website that warns other daters about the dangers in online dating. “You give more trust than is actually due because you have no choice.”

And the reason you have no choice-or more accurately, little choice-about the level of trust you give is that the main tool that protects you online is the same thing that protects the occasional nutcase who roams the Web: anonymity.

There is no way for two people who exchange emails online to know the real identities of the people they’re writing to. The email you receive lands in an inbox located on the site.

The name you choose is one you create and should bear no relation to your real identity.

As long as you don’t let your real, full name slip out before you’ve built up a certain amount of trust, you start an online relationship fully protected by the fact that the person who writes to you has no idea who you are, where you live or how they can get hold of you outside the site.

When you date online, the dating identity that’s doing the looking exists only on the Internet. There’s a complete barrier between your online self and the real you and that barrier is your best protection against any wacko you might be unlucky enough to meet online.

If you have the bad luck to meet a loony at a dating site, as long as you’ve kept your identity a secret, there’s no way that they can bother you in real life.

Of course, that works for them too. Because there’s no way for you to check the identity of someone you meet online, you’ve got no idea whether the doctor who sent you an email got his or her degree certificate from Harvard, as they claim, or ordered it from a website in Romania. You’ve got no idea if they were really working for the Peace Corps for the last two years or spent that time sewing mailbags in a state penitentiary. And you’ve got no idea whether the person who described themselves as passionate will leave you alone once you tell them you’re not interested or hang around outside your front door waiting for you to come home from work.

It would be nice if there were a checklist that you could go through when you meet someone online. If they mentioned ‘knives’ more than three times in the first email, you could tick a box. If they mentioned that they served multiple sentences for violent crimes, that would lead you to tick another box. If they talked about their friendship with the Unabomber that would strike them out.

But it’s not that easy.

The best way to keep yourself safe online is to follow three simple rules: keep your anonymity as long as possible; remember that if something feels wrong, it probably is; and cut them out quick and completely as soon as you smell something fishy.