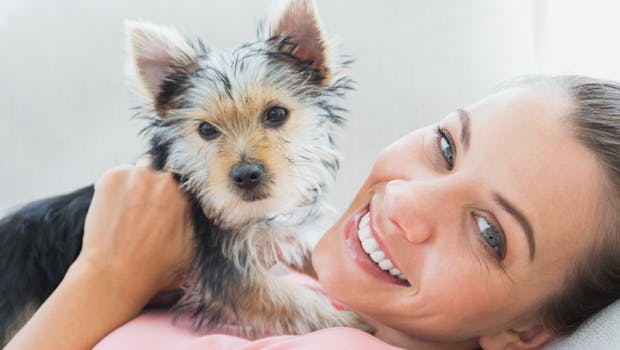 What Do Your Pets Say About You

Like it or not, the way we go through life says a lot about the different facets of our personality. For instance, someone who is meticulous in the workplace would normally have a slightly more rigid perspective towards a life with a propensity for perfectionism. On the other hand, you can almost be certain that the workmate who came to the office with ketchup on his shirt sleeve is probably not a very careful person. Of course, this should not be a barometer of a person’s overall personality. However, they are a safe indication of how a person would generally perceive life. In an extension of this, people who opt for different animals as pets would normally share certain characteristics.

The good news is that dog owners are extremely caring, warm-hearted, and committed. After all, dogs need to be taken care of. If your partner is a dog person, there is a very high chance that they tend to be more affectionate in the relationship. Dog lovers would also be more responsible only due to the fact that dogs after all require a lot of attention as well. One good thing about dog owners is the fact that most times, they are the most reliable and honest of the lot.

Cats have been known to be very aloof around people. However, they are also extremely sensitive creatures and actually crave affection. Cat owners portray similar characteristics. They are highly attached to their pets and actually enjoy being the center of attention (although they might not show this). The key to dating a cat owner is by showing the same amount of attention and being sensitive to their emotions.

Of course, there is much debate about whether it is actually right to keep a bird as a house pet. Although some people do get around it by building bird cages in their garden and giving their birds the freedom to roam about as they naturally do. Bird owners live their lives one day at a time and as such, are usually to be found in non-conformist settings. They also tend to be more creative and adventurous.

Fish as pets are as close to non-animated objects as a pet can be. Sure, it’s great to watch fish swim in the fishbowl or tank. However, one doesn’t really get much two-way interaction with fishes. People who enjoy keeping fishes as pets are usually quieter than most. However, they are also more positive than other people and are generally not concerned about conventional social norms.

These animals are normally more favored by young children and teenagers. Of course, there are also a number of adults who keep small, furry creatures as pets. These are generally people who do enjoy reciprocal relationships but are keen to test the ground first in terms of pets. They are also warm and affectionate with a tendency towards responsibility. These pet lovers are fun-loving and humorous.

What about those who do not have pets at home? Or even those who do not profess any love for animals? In this instance, it definitely does not mean that they are cold-hearted or are not in the market for loving relationships. Circumstances play an important part in determining whether someone would be more willing than others to own a pet. Non-pet owners can also be extremely loyal, responsible, and caring!

In a nutshell, it is very likely that you will come across a pet owner who has none of the qualities described above. This is no definitive list of personality traits according to the type of animal that one loves. However, enough research has been conducted to show that there is a general consensus on the attributes and characteristics each animal lover is likely to possess. Regardless of the pet that is kept at home, a relationship is still the sum of two equal parts between two committed people.