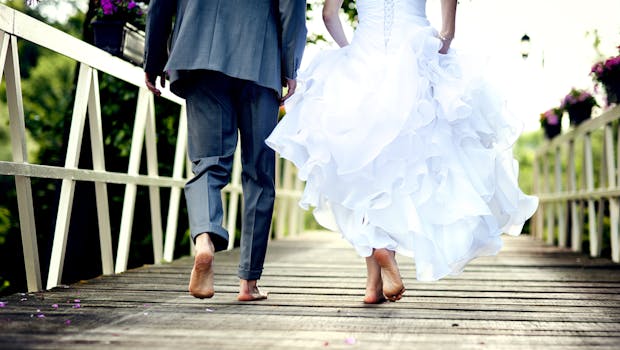 What Is The Point Of Marriage?

Apart from religious reasons, traditionally, people married in an effort to solidify a lifelong commitment to one another. Since the end of the twentieth century, there has been a decline in marriages and, overall, people tend to get married later in life than previous generations. Despite this new trend, Kefalas et. al. in the article “Marriage is More Than Being Together”, says that young adults continue to value marriage and see it as a worthwhile component of their futures. Today, there may be other unconventional paths to choose rather than tying the knot, however, there are still many benefits to be gained from getting married.

Marriage fulfills human beings’ vital need for intimate relationships. Ideally, married couples experience life together and are given the opportunity to have someone beside them as they grow old. Strong et. al., in the book “The Marriage and Family Experience: Intimate Relationships in a Changing Society” explain that marriage and family life are typically the sources from which an individual receives emotional security and support. Through marriage, two companions may share their intimate hopes and dreams for the future and find comfort during challenging life experiences.

Marriage offers both physical and psychological benefits and people who marry are generally healthier and more content. Furthermore, the social support aspect of marriage provides protective factors from terminal illnesses. Researchers Aizer et. al., in the study “Marital Status and Survival of Patients With Cancer”, found that married people are less likely to present with cancer, more likely to receive treatment, and less likely to die from the disease than unmarried people. This is true for a variety of cancers, such as breast, lung, prostate, colorectal, and other terminal diseases.

Marriage was founded as a child-rearing institution and it still serves that purpose today. While it is certainly possible to raise a child alone, children fare better when raised in the home with both parents. In the study, “Low-Income Mothers’ Patterns of Partnership Instability and Adolescents’ Socio-emotional Well-Being”, Bachman et. al. say that children who grow up in a two-parent household exhibit less delinquency and acting-out behaviors during adolescence than children raised in single-parent or cohabitating households. Elements present in a two-parent household such as father involvement and fewer economic hardships provide greater stability for developing children.

Marriage offers greater financial security than being single or unmarried. Aside from the obvious fact that two paychecks are better than one, married people have several economic advantages. Married couples accumulate wealth and assets faster than unmarried people. In addition, in the article “I Do…Want to Save”, Knoll et. al. determine that young adult married couples are more likely to contribute to employer-based retirement accounts than single individuals. Considering that financial planning early in life is a predictor of economic status later in life this factor is most advantageous for married people.