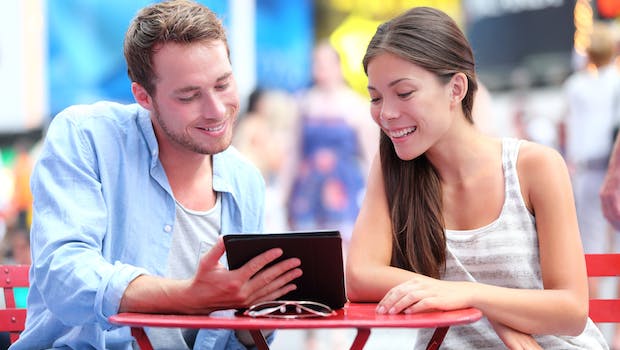 Who Should Pay on a First Date – Advice For Men

People have all kinds of hang-ups when it comes to dating, and maybe one of the most common is feeling stressed or negative about paying for the date.  Men respond differently to this stress. Some men always pay, but secretly feel negative inside whilst writing the cheque. Some men insist on paying half each and some men are plain angry about it. Some men are just genuinely afraid of seeming old fashioned if they offer to pay the bill.

I know of men who will just flat out refuse to pay in full on a first date, instead insisting that the bill should be split exactly in half. Why? Because they have had so many experiences of paying for an expensive date with a woman only to never hear from her again. Maybe you have had this happen to you. Perhaps it was a woman you liked and thought you were vibing with, so you offered to pay, only to have her vanish and never return your calls. Or perhaps you have paid for several mediocre or darned right terrible dates and you resent it. All that wasted hard-earned cash. And I get that I really do. Who wouldn’t feel sore!

In these times of equality why should a man be expected to foot the whole cost of the bill just simply because he is a man? Women want equality, well here it is.

Let me tell you a little secret. If this is you, and you are insisting on her paying half on the first date, this will scare away any good quality feminine woman. You see I teach my women clients to be in their feminine energy around the men they date, it works better that way. This means receiving gracefully and allowing a man to romance her. You cannot both be in your masculine energy, otherwise romance cannot flourish. It would be more like dating your best mate, who obviously WOULD pay half the bill. So while I understand your frustration, I highly recommend continuing to do the gentlemanly thing and offering to pay. A quality woman will really appreciate you for it.

And don’t only do it with the women you like. Offer to pay on EVERY date. Apart from the fact that this is just incredibly good form and good manners, the universe is watching and you are doing a good deed. It won’t go unnoticed.

I was once on a date that was going really well. However at the end the guy actually brought out a calculator to split up the bill exactly according to who had what to eat and drink (well I think it was the calculator on his phone but still). As soon as this happened I felt all the attraction I had previously been feeling drain right out of me. WOW! I could never imagine being with someone like this – If he is like this now imagine what he would be like to live with! Can you imagine shopping in Ikea for furniture? What about on my birthday, would I have to pay half then too? Not very romantic.

Avoid becoming jaded about paying by just being cheerful about it. In the rough and tumble of dating, some of the women you take out WILL disappear and not return your calls. It’s par for the course. I bet you have done the same to someone somewhere along the line if you are brutally honest with yourself. However, when your lady does come along, and you make her feel special and create romance because you have offered to pay, not only will this ramp up the attraction, but she will recognise you for the strong, masculine man you are.

So I say don’t worry about being old fashioned – let’s take a stand for chivalry, romance and passion. Why not just sit back and enjoy the pleasure you can bring to a woman by doing this kind thing for her, whether you intend to see her again or not. You can then bask in the knowledge that you are a proper, fully functioning and independent man, who can choose to treat a woman, just because he can. Feel proud.