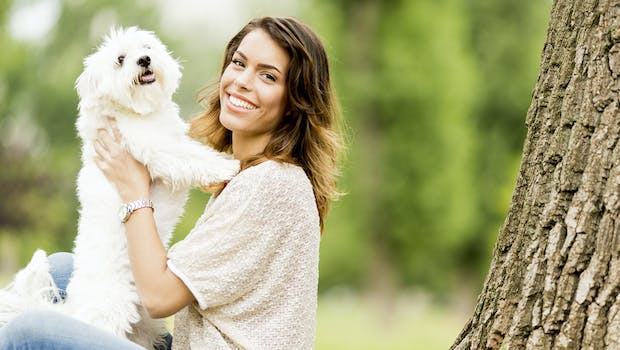 Why You Should Date a Girl With a Dog

At the moment I am in a relationship with an amazing woman. She is beautiful, intelligent and feminine. She is everything I could ever ask for. The only thing that sometimes annoys me is her little dog that always starts to get jealous, whenever I kiss or cuddle her.

I mean, I like dogs and I also have a dog that lives at my parent’s place but I still get annoyed by the fact that I can’t kiss her without risking a tinnitus from the barking of her dog. I even started to hate that little thing, until I realized that he might be the key to our happy relationship.

I know it sounds completely crazy but the more I thought about the personality traits and the qualities of my girlfriend, the more I realized that her dog might have influenced her a lot more than I thought.

I even imagined how my girlfriend would be if she wouldn’t have been raised in a way that allowed her to take care of another being. I came to the conclusion that even though it still annoys me when her dog doesn’t stop barking, I have to thank him for the perfect human being he helped her to become.  I eventually realized that falling in love with a girl who has a dog was the best decision I could have ever made.

She Learned to Take Over Responsibility

Sometimes I have the feeling that children nowadays raise their parents, instead of getting raised by their parents. As a result of that they don’t get the chance to develop a sense of responsibility, because nobody teaches them what it means to be responsible for something or someone.

If you find out that the girl you are dating has absolutely no sense of responsibility, she probably never had a dog. A woman who grows up with a dog automatically learns to take over responsibility for another being.

In case you ever think about starting a family with a woman, you should better end up in a relationship with a girl who has a sense of responsibility.

You Can Be Sure that She Has a Caring Personality

This has nothing to do with the misbelief that we want to be treated like kings in a relationship. All we want is to feel that the girl we are together with really cares about us. If there is one type of girl who is more willing to take care of you than any other girl, then it is a girl who has a dog.

Taking care of a dog requires a lot of time and patience. I have never met a woman who had a dog and who hasn’t had a caring personality. Make sure that the girl who you end up in a relationship with wants to take care of other beings, including you.

She is Not a Couch Potato

I am very passionate about sports. I love to go jogging and to be at the fresh air. Due to the fact that I am not interested in spending all day in front of the television while my vitamin D level gets lower and lower, I am also not interested in dating a couch potato.

If the girl you are dating has a dog, you can be quite sure that she is anything but a lazy couch potato. If you don’t want to have dog poop all over the floor, you should walk with your dog at least two times a day.

I guarantee you that a girl who has a dog rather spends her time outside being active, instead of wasting her time on the couch. Even though I am annoyed by my girlfriend’s dog when he doesn’t stop barking, I enjoy it when we take a walk with him.