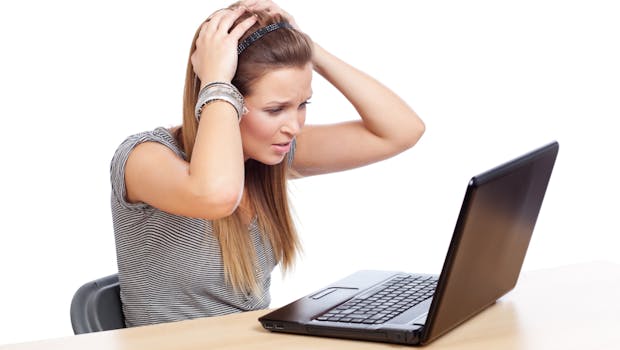 Sometimes they’re just hoping for attention. Sometimes they’re journalists trying to make a point. And sometimes they just want to scam you. Whatever their motivation is, a significant chunk of online dating profiles are complete fakes — fictional profiles designed to dupe honest online daters. And if you don’t keep an eye out, you could be the next victim.

This shady practice, dubbed catfishing, wastes people’s time and money every single day. While the overwhelming majority of online daters are wonderful people, there are a few bad eggs out there. Fortunately, online scammers tend not to be the sharpest knives in the drawer, so they usually make simple blunders that tip-off their ruse. If you want to ensure that your next date is the real deal, keep these simple tips in mind during your online journey toward romance.

A fake account also means fake pictures. When online swindlers construct a fake online profile, they’ll usually grab pictures they find off the Internet. Specifically, the ones that they find after they google “hot guy” or “hot girl.” They’ll even upload headshots from modeling sites to make their profile as alluring as possible. Don’t be fooled. An easy way to see if their online picture is a duplicate is by running a Google reverse image search. If their profile picture is plastered all over the Internet, or if the picture obviously belongs to someone else, you’ll know you’ve got a catfisher on your hands.

If their profile makes them appear like they were born and raised in the states, but their grammar sounds like someone who is just learning the language, that is a huge red flag. Online dating scammers are frequently overseas. They will say that they’re as American as Mount Rushmore, but in reality, they just say that in order to take American money. If your online paramour constantly makes spelling and grammar mistakes that wouldn’t fly in a 3rd-grade classroom, it might mean they’re a foreign scammer.

3) Do An Online Background Check

Public records are available to everyone who wants to see them. So if the person who contacted you online was born in the United States, they should have a public records file. Search their name, along with their state, in an online public records search. If nothing comes up, that’s a sign that they’re not being completely honest with you.

4) Watch Out For Fast Operators

If someone online wants to jump the “Getting to know you” and go straight into the “Soulmates for life” stage of the relationship, it might not be because they’re a passionate romantic. It might be because they’re more interested in your wallet than your heart. Since online scammers are motivated to earn your affections as quickly as possible, they’ll move super fast. Suspiciously fast. If you’re caught in a whirlwind online romance, take a second to slow down and double-check that everything they’re saying is true.

5) See If They Only Want To Chat Online

Is 100% of communication made through email and text? A refusal to call or meet face to face might indicate more than extreme shyness. It might mean that they don’t want to give you anything to doubt their lies. Transparency is the key to a good relationship. If they can’t openly communicate with you, take that as a sign they aren’t interested in you at all.

Finally, if you’ve been duped by an online scammer and they’ve swindled you out of any money, report it to the federal government’s Internet Crime Complaint Center. It might be a bit embarrassing to admit that you’ve been fooled, but reporting will help prevent other people from getting scammed.